When Can Excessive Drinking Get You in Trouble with the Law?

Within the appropriate contexts, drinking alcohol is an acceptable activity. However, situations in which a person misuses alcohol can result in serious legal consequences.

It is also important to know that alcoholism is a serious disorder that is best treated by medical professionals. Having an uncontrollable impulse to drink alcohol can be accompanied by withdrawal symptoms that can manifest as nausea, sweating, shakiness, lack of sleep, among others.

Understanding the irreversible effects of irresponsible drinking is an important step to drinking responsibly.

According to the CDC, in the United States alone, 29 people die every day due to vehicular accidents related to drunk driving. Driving under the influence does not only put your own safety at risk while on the road. It could also have potentially devastating consequences to another person’s life.

When caught for DUI, an individual can be required to pay fines, serve jail time, go through rehabilitation, and lose their job. Being convicted of manslaughter can even bar a person from voting and exercising other rights.

If you or someone you know is encountering legal problems because of alcohol-impaired driving, seek help from a DUI or DWI attorney to handle your case. Due to its potentially life-altering repercussions, an experienced lawyer can help an individual prevent severe verdicts, such as imprisonment and license revocation. They also ensure that your rights are protected throughout the whole legal process.

When intoxicated, a person can become involved in disorderly conduct that disrupts public peace. These disturbances can be crowding, loitering, and playing in public spaces, which can inconvenience passersby. Disruptive behavior also involves interrupting lawful assemblies, such as religious meetings, school ceremonies, and the like.

Public intoxication is a misdemeanor crime that involves causing harm or disturbance to other persons while being visibly under the influence of alcohol and/or drugs in a public space. These laws seek to ensure the safety of people when they are in public spaces. 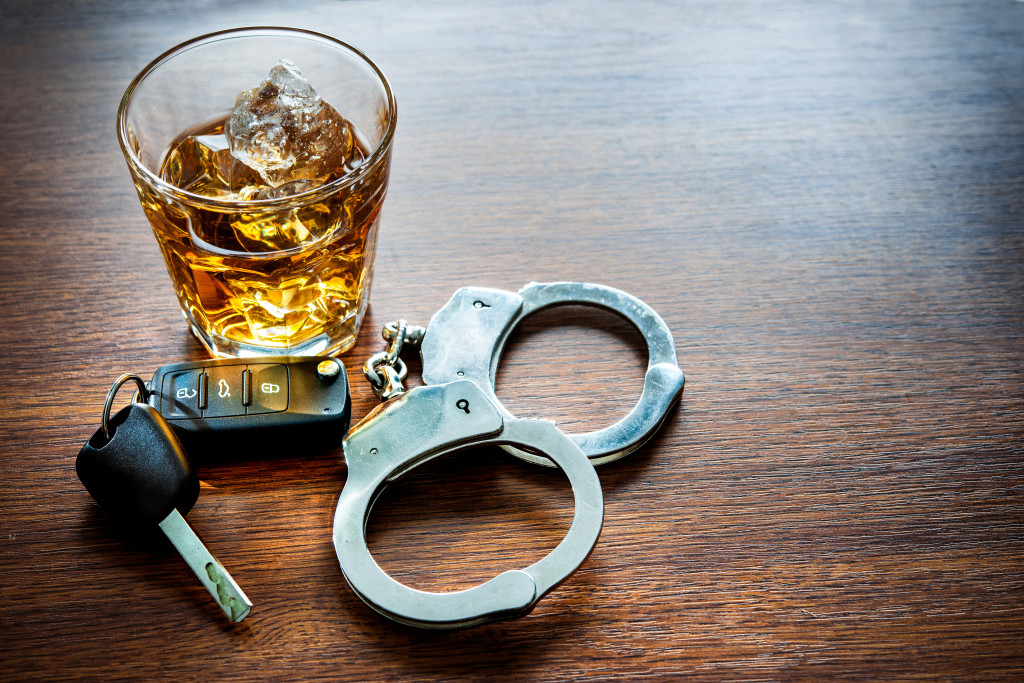 Another situation that could put you at odds with the law is getting into brawls in any public setting, usually in bars or clubs, while drunk. These are not simply petty fistfights as they could lead to fines and jail time. Aside from public intoxication, this could lead to charges for assault or battery, or both.

Regarding assault charges, the injuries inflicted on you and the other party/parties involved will matter in deciding criminal charges. The intent is also important. Consequences for proven intent to cause grave harm to another person will be more serious than fighting for self-defense.

While under the influence, being involved in defacement of property, which means using pigments or similar substances to vandalize or destroy another person’s property is also illegal. Convicted persons are subject to fines for damages caused to the property of the other person.

Minors who misuse alcohol are not exempt from legal repercussions. While an individual is considered a legal adult at 18 years old, the legal drinking age in the United States is 21 years old. Alcohol consumption before one turns 21 is considered underage drinking.

Legal issues young people face for underage drinking are usually fines and community service, and sometimes even serving time in jail. Driver’s licenses may also be suspended, and they may be required to attend seminars about alcohol awareness.

State laws vary, however, on the liability of parents when it comes to underage drinking. Some states do not deem it illegal for parents and guardians to allow their children to drink under their supervision and in private.

Others are stricter, even charging parents and guardians who willingly provide or allow alcohol to minors. Consequences are graver when a minor is injured or killed due to their contributions.

Other parties who provide minors with access to alcohol may also face criminal charges. This involves giving minors alcohol, letting them use your ID, and even selling alcohol to them even when they provide false information about their age.

About 17 million adults have problems with alcohol use disorder. This struggle is not unique, and it is also not untreatable. Treatments also come in different forms, from counseling to medications, and even support groups.

If you or someone you know is suffering from AUD, it is best to first approach a primary care doctor for the best first steps to recovery.