In Unison: How Your Community Can Help End Violence Against Women?

Even during ancient times, women did not enjoy equal rights as citizens of a country. A glorious example here is Ancient Rome. Though the Grandeur that was Rome generally observed monogamous relationships, women were treated as an afterthought. They were not supposed to have a career on their own but were left largely to bear children and manage the household.

Such mistreatment of women appeared even in modern times. For a long, long time American women were not seen as equal citizens enjoying the same rights as men. To note, it was only in 1919 that the right to suffrage was bestowed on American women.

But the abuse of women has come to light once again against the backdrop of the pandemic. While every American citizen felt the pangs of hunger and anxiety as the virus plowed through, all forms of violence against women and girls (VAWG) rose. So, as the public was fighting an existential threat, women were also busy defending themselves against internal abuse.

It’s true there are a dozen or so helplines to deal with cases of VAWG. But it is certainly not enough. Far too often, the evil deed has already been done against women when they come calling.

The best way to limit these acts of barbarism is to prevent them from ever happening. That’s why empowered communities matter. Listed below is a lowdown on how your community can help end violence against women of all ages.

Give Her a Safe Space

Fear has a paralyzing effect on humans. While some may flee at the sight of a rabid dog, chances are many of us would freeze. For many women who dealt with physical abuse, such an ordeal could leave them lost in fear and unable to open up.

Thus, when someone shares how she became at the receiving end of violence, it’s a big first step to end her cycle of abuse. It’s important then that your community can provide a means for her to air herself without fear of being judged or ridiculed.

It’s important that anyone discussing with the victim observe proper decorum. For one, it must be remembered that a woman’s sobriety, sexuality, or clothes aren’t relevant. For instance, date rape is a crime because someone took advantage of a lady without her explicit consent. It doesn’t even matter if she’s a courtesan.

To handle cases of violence well, your community must shed victim-blaming and void the notion that women should avoid “dangerous situations”. So instead of asking “Why did you not leave?” rephrase with words of encouragement such as “We support and believe you.” 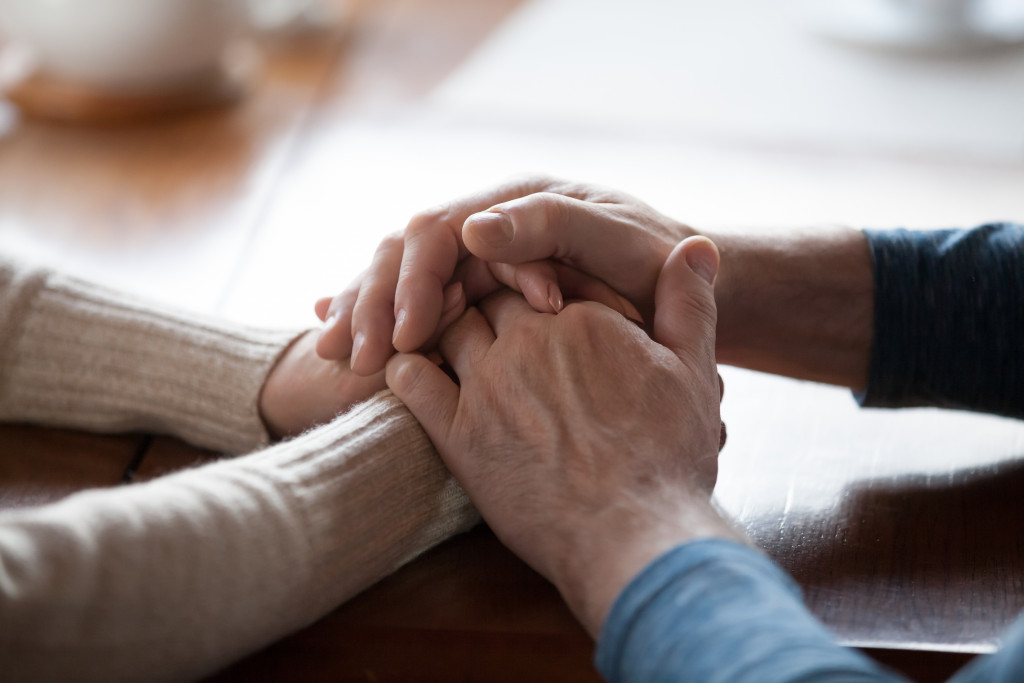 It’s important your community connects itself with resources to help survivors and battered women. America has a host of helplines, shelters, and counseling support that they can avail themselves of to start their journey to freedom. Make these resources available. It may take a call or an email to connect hurt individuals.

Here’s a list to start with. This list is national so victims should be able to find help anywhere in America.

Additionally, connecting to a lawyer is also wise. Far too often, competent legal advocacy is the deciding factor for a victim to leave her abuser successfully. Take note that legal matters are as meticulous as ever. Not being legally advised can be detrimental to any court case.

For instance, if the woman decides to file domestic violence or a divorce, it’s important that proper procedure be observed. The plaintiff must notify the defendant, in this case, the one who made the physical abuse.

But many U.S. states have strict laws regarding process serving. It’s why hiring the services of a reliable process server is wise. It can assure you not only of being updated on the status of the process but also that it’s served right.

Equip the Next Generation

There’s a new batch of young women that someday may have to face the same harrowing incidents of abuse. It’s important, then, that communities start to educate them. You can do this by setting a good example for them to follow. Additionally, talk about gender roles and how they should play in society.

Let them know that some stereotypes society dons are not as healthy as they think they should be. Women, for instance, are protected by law to be respected at work and paid the same amount of respect as men.

Moreover, you should hold talks that encourage a culture bent on acceptance. Start a conversation and educate them about bodily anatomy, the role of consent, and responsibility for young boys and girls. By empowering these young ones, you build a better future for everyone, men and women alike, today.