Infamous Divorce Cases And What They Tell Us About Divorce

As we all know, divorce is a decree that can end a marriage’s legality before each spouse’s death. There can be many reasons why couples choose to end their marriage through divorce. It can be infidelity, drug use, differences in beliefs, and many more. During getting a divorce, a court may resolve child custody issues, division of assets, and spousal support or alimony. Both parties can hire divorce lawyers to help them understand the process better. When the divorce is finalized, both parties are no longer bound to each other legally—this means that they are free to remarry or enter into a domestic partnership with another person.

To better understand the process of divorce, let us discuss some infamous divorce cases and how we can learn from them.

However, not everything went well. After a decade of tying the knot, they filed for divorce. Burton had an affair with his young co-star. It is also known to the public that the marriage was always marred with alcoholism and verbal fights that completely damaged their relationship. After the divorce, both of them dived into new marriages.

Despite everything they went through, they still kept in touch with each other. They even remarried in 1975, but things fell apart after a few months. In 1976, they got their second divorce from each other.

The grounds for the first divorce were infidelity and verbal abuse to each other, which led to mental and emotional damages to both parties. They were able to push through with the second one despite having no grave reasons through no-fault divorce. The no-fault divorce lets one party file for divorce without blaming the other one for the dissolution. Reasons can be irreconcilable differences and loss of affection. In Taylor and Burton’s case, they realized that they might have already loved each other too much to the point that they were already toxic.

Paul Newman and Joanne Woodward’s marriage was a golden one that people found admirable. However, many forget that it all started in adultery. Before Newman met Woodward, he was married to Jacqueline Witte, and they had three children. Newman met the young Woodward while he was an understudy for a lead role. He claims that her beauty struck him, and he made advances towards Woodward.

Newman used alcohol to subdue his feelings towards the new girl, but he eventually forgot his fatherly duties to his children and his job as a husband to Witte. Eight years passed before he confirmed his love for Woodward, and he left his family. Jacqueline only granted him a divorce when she learned that Woodward was pregnant with Newman’s baby.

This is a great example that a divorce cannot proceed if both parties cannot agree that neither wishes to continue the relationship. Most couples who want to undergo divorce are advised to try counseling first to see if there is still something salvaged from the relationship.

Tom Cruise, possibly the world’s most famous Scientologist, had an improbable pairing with Katie Holmes. They met in April 2005 and met only seven weeks after. They had their daughter Suri on April 18, 2006, before they married in November of the same year. Holmes studied Cruise’s religion for months before their marriage. But after five years, Holmes finally filed for divorce. In fact, she went into hiding for fear of her and her daughter’s life. This was because of intimidation from the Church of Scientology, as she was now considered a defector.

Eventually, she was granted full physical custody of Suri, and her divorce was resolved in courts merely 11 days after filing for divorce. The resolution was swift because she had signed a prenuptial agreement before she got married. This shows how important a prenup is, as it can protect both parties if worse comes to worst. 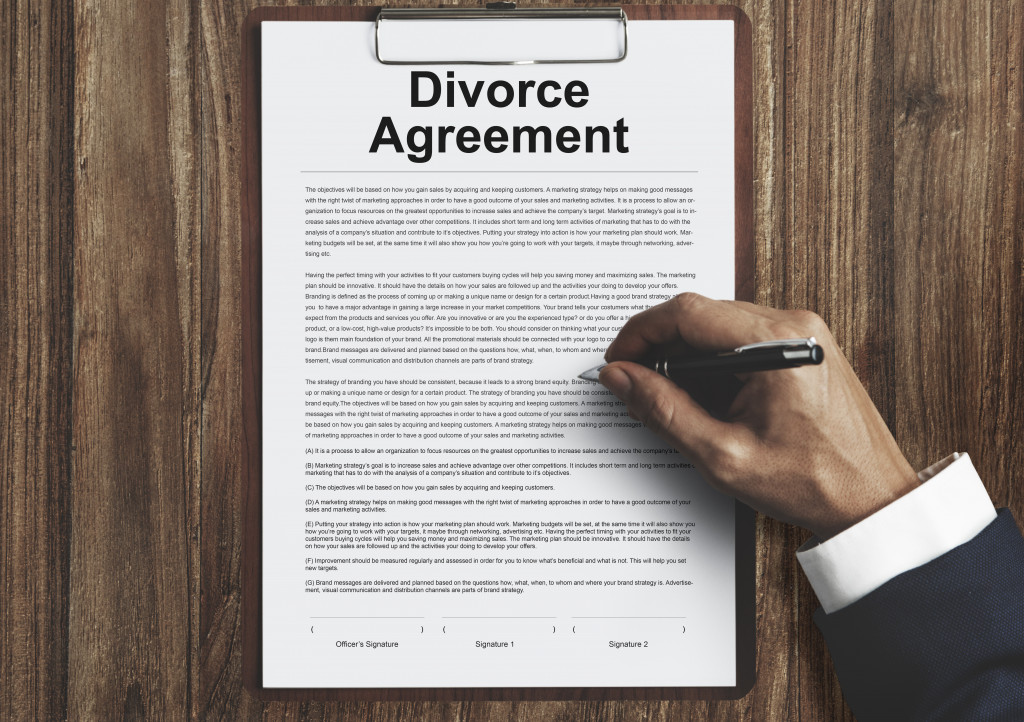 Something to ponder on

Divorce is proven to be helpful, especially for those people who entered an abusive relationship. Learning from others’ mistakes (and successes) can help you navigate through whatever challenges divorce presents. And as you succeed with your divorce, you can regain your freedom and dignity, as well as get a second chance at life, maybe even at love.